Go to FOR CLINICIANS

Share your analysis with your colleagues or perform joint research together

A modern, reliable and research-based company
Unleash the knowledge within your Analytical Chemistry data

CLOVER Bioanalytical Software is a bioinformatics company specialized in data processing for Bioanalytical Chemistry and Microbial ID and other clinical diagnostics applications using mass spectrometry. Formed by a group of Ph.D. graduates with a wide expertise in business and research, it brings a perfect match to develop cutting-edge software and statistical analysis projects in the biomedical field.

We are truly customer-oriented, keeping in mind the goals of our clients and the scalability of the systems. We count with experts in biomedicine, chemistry and biotechnology that speak your own language and understands your needs. 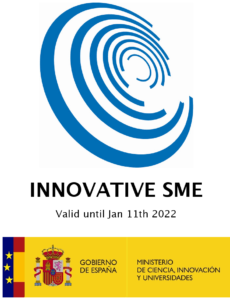 More than 15 years of experience in business, programming, statistics and bioinformatics

Founder
Software Engineer with a Ph.D. in Image and Signal Processing and Machine Learning. Extensive experience in the biomedical industry and MALDI Mass Spectrometry

Software Developer
Bachelor’s Degree and M.Sc. in Telecommunications engineering, with Image Processing techniques skills and a wide experience in the bioinformatics field

Doctor and Researcher at Medical University of Vienna

Best poster award in the 'Korean Academy of Marketing Science' Conference, August 2016
Granted with the 'ACTTiVAte' project given by Parque Tecnológico de la Salud of Granada, February 2017
First finalists of the 'AJE Granada' 2018 award in the category of entrepreneurial initiative, March 2018
Selected for the Minerva mentoring program, August 2018
Selected for the 2017 Torres Quevedo R&D state program, November 2018
Member of the winning team of the Oncothon event in the topic of cancer interception, November 2018
Awarded Seal of Excellence by the European Comission
Granted SME Instrument H2020 Phase 1 project by the European Comission, March 2019

Implementation of MALDI-TOF Mass Spectrometry and Peak Analysis: Application to the Discrimination of Cryptococcus neoformans Species Complex and their Interspecies Hybrids

Author: Manuel J. Arroyo Pulgar Abstract: Matrix-Assisted Laser Desorption/Ionization Time-Of-Flight Mass Spectrometry (MALDI-TOF MS) has been widely implemented for the rapid identification of microorganisms. Although most bacteria, yeasts and filamentous fungi can be accurately identified with this method, some closely related species still represent a challenge for MALDI-TOF MS. In this study, two MALDI-TOF based Read more about Implementation of MALDI-TOF Mass Spectrometry and Peak Analysis: Application to the Discrimination of Cryptococcus neoformans Species Complex and their Interspecies Hybrids[…]

Initiatives to fight against antimicrobial resistance

Author: Verónica Sánchez Mercado As we know, antibiotics are medicines used to prevent and treat bacterial infections in humans and animals and resistance mechanisms occur when bacteria change in response to the use of these medicines. Antimicrobial resistance (AMR) is one of the biggest threats to global health. Nowadays, a growing number of infections are Read more about Initiatives to fight against antimicrobial resistance[…]

MALDI-TOF MS: A technology beyond bacterial analysis and biotyping

Author: Manuel J. Arroyo Pulgar At Clover Biosoft, we develop methods to identify and classify resistant microorganisms reducing time to result and cost of other methods and reagents. But our technology can go much beyond that. One of the advantages of mass spectrometry technology is its versatility, which can be used in many research fields, Read more about MALDI-TOF MS: A technology beyond bacterial analysis and biotyping[…]

Author: Manuel J. Arroyo Pulgar Using a machine-learning algorithm, MIT researchers have identified a powerful new antibiotic compound. In laboratory preliminary test, the drug killed many of the world’s most problematic disease-causing bacteria, including Acinetobacter baumannii and Enterobacteriaceae. To understand the relevance of such discovery, these bacteria are two of three high-priority pathogens that the Read more about New machine learning model leads to the discovery of powerful antibiotics[…]

Author: Manuel J. Arroyo Pulgar On 19-20 February 2020, companies supported under the European Innovation Council (EIC) had the opportunity to accelerate their business collaborating with AB InBev, the world’s leading brewer and one of Europe’s biggest food and drinks companies. AB InBev opened its doors to 32 SMEs to pitch and present their business Read more about Clover Biosoft accesses tailor-made business opportunities with AB InBev[…]

The ESKAPE bacteria group and its clinical importance

Author: Manuel J. Arroyo Pulgar Health care-associated infections (HAIs) occur when receiving health care for another condition [1]. These infections can happen in any health-care facility and can be caused by any pathogen. A bigger problem in these HAIs is when the pathogen that caused the infection has an antibiotic resistance, something we talked about Read more about The ESKAPE bacteria group and its clinical importance[…]

Author: Manuel J. Arroyo Pulgar Centers for Disease Control and Prevention (CDC) just released the 2019 Antibiotic Resistance Threats Report in the United States. It includes statistics about infection due to resistant microorganisms in the U.S., an updated threats list about new antibiotic resistances and a lot of interesting complementary information about this worldwide problem, Read more about Alarming news in CDC’s 2019 Antibiotic Resistance Threats Report[…]

Authors: Manuel J. Arroyo Pulgar, Verónica Sánchez Mercado Listeriosis is an infection caused by a pathogenic bacterium called Listeria monocytogenes. Is one of the most virulent foodborne pathogens and in hight-risk individuals like pregnant women, older adults and people whose immune systems are compromised. In these population, the infection can be mortal and, in the Read more about Health alert in Spain issued by Listeria monocytogenes[…]

Using of MALDI-TOF in hospitals

Authors: Buyun Qi, Alfonso García Naranjo, Manuel J. Arroyo Pulgar In our first post ‘World alert: Antimicrobial resistance‘ we discussed about the problem of antimicrobial resistance and the difficulty of fighting these infections, as well as the laborious and time-consuming current methods to identify these microorganisms. On the other hand, MALDI-TOF MS is a recent Read more about Using of MALDI-TOF in hospitals[…]